you are saying that Islam is an accommodating religion. Then why is there so much extremism around us?

Description:
You have raised an important and interesting question. It is highly relevant to the present-day circumstances. I would first answer in a categorical manner in one sentence and then would delve into details. Islam has no space for extremism, fundamentalism or obscurantism and those who happen to be extremists are in fact unaware of the real spirit of Islam. You see, there are four steps and when you talk of extremism, there is a need to understand this phenomenon within the ambit of these four steps. There is a step in human psychology, personality and approach that precedes extremism. You see, many people are conservative in their approach. Their vision of Islam happens to be conservatism-based. They tend to look at every thing with short-sightedness and closed mind. Allah Almighty has not created any contraction in religion. The Holy Prophet (saw) said that Islam creates ease and does not pave way for difficulties. The Prophet (saw) said in Sahih Bukhari, When you preach religion, create easiness and do not create difficulties and contraction. Convey the message and invitation of people in such a manner that they get glad tidings, feel openness within themselves lest they should adopt hatred and run away from Islam. Islam not only condemns conservative approach but also ordains to root it out. The approach of the Holy Prophet (saw) was open, frank and accommodating. It should also be kept in mind that conservatism is not merely found among Muslims but in the British, American, Jewish, Christian and Hindu communities etc. It is sociological human phenomenon. It has nothing to do with any religion. You will find extremists in politics and other fields too. People here do politics on basis of language and kill others having different languages. There are also people who do politics on the basis of region etc and brand people living in other areas as traitors or hate them. This is trait of human psychology and approach. Whether it is religion or issues of life, these things operate in the similar manner. If there is conservatism in religion, it begets extremism. So when such a person will pass out religious edict, a tinge of extremism will be reflected in his rulings. He will hold others infidels, banishing them from the ambit of Islam. His emphasis will be placed on conservatism and extremism. Then the third stage is that of radicalism. If extremism is not stemmed, extremism cannot be controlled too. This is also anti-Islam. Radical people emerge from extremism and radicalism is born. People take up arms and attack one another on the basis religious edicts. They want to impose their doctrines upon others through armed struggle. It is as a result of this effort that terrorism comes into being. Those who are waging a war against terrorism want to eradicate plant of terrorism without taking into account the process by which the sampling of conservatism grew into terrorism gradually. They do not want to eradicate the root. They water and provide air to the root, bring it up, give funds both internationally and through local agencies. The first thing is that there is no space for terrorism in Islam nor has it anything to do with Islam. I do not merely talk of Islam. No other religion be it Judaism, Christianity or Buddhism recommend or encourage terrorism. The fact is that every religion be it Islam or any other aims at teaching people love and brotherhood. It eradicates hatreds among people by bringing them together. This is wrong interpretation of Islam. People who have taken up arms and adorned the mantle of Muftis have done an irreparable damage to Islam. This also deserves to be seen where have these people emerged from? Has Islam produced them or other bigger powers created and brought them up for their own political and war agendas? They gave them weapons, sponsored their ventures, prepared them fully and planted them in a particular setting. They played them off against others and armed them to teeth in such a measure that they have become Frankenstein. So Islam has nothing to do with terrorism. It is a political phenomenon and a global issue. It will be most unfortunate if it is seen through the prism of Pakistan or Islam. It deserves to be seen from global and historical perspectives as to where it has emanated from? Why has it been created and why is it not ending? Is it not so that those wanting to eliminate it want it to survive and those fighting against it are actually providing arms and weapons? Is it not so that double standards are being practiced? I have serious doubts about it. I have clarified Islamic concept about it. It has nothing to do with Islam. Rather it condemns it regarding it infidelity and anti-humanity. Both extremism and terrorism are against religion.

Fatwa on Terrorism :Act of Terrorism is Kufar كفر : Clarification 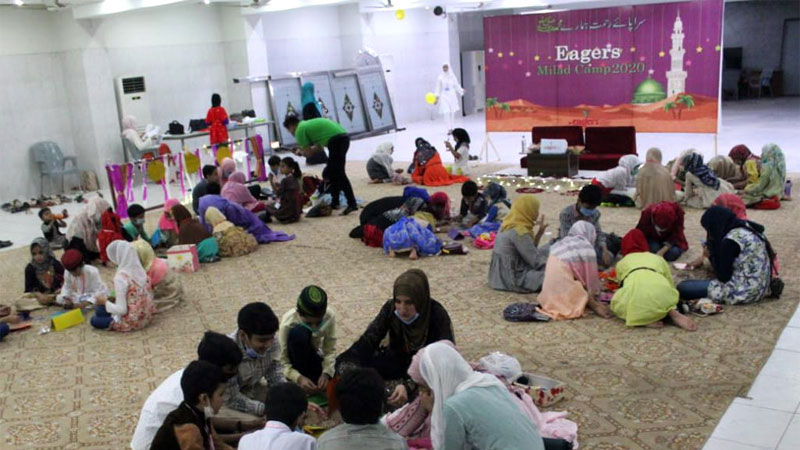